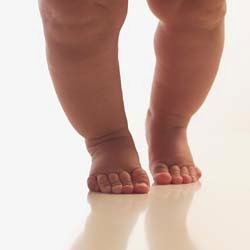 During our last entry on event trends and traditions, we noted that to persuade some members of one's team to embrace change, sometimes bargaining was needed.

Not only are half-measures sometimes necessary, but they are often *good* for your event. You don't need to re-invent the event wheel to bring change--and in some cases, to layer on metaphor, doing so is throwing the baby out with the bathwater.

Not everything has to be brand-new. It's tempting to go for a complete overhaul when consciously adding new elements to your event. After all, it feels good to have a fresh start. However, trying a ton of untested elements can lead to confusion and can be overwhelming for both the audience and the event design team.

Add freshness to stale elements: Some elements are unchangeable. If the president always gives the keynote speech at the beginning of the event, and it will be that way until s/he's no longer the president--well, there's not much the event designer can do about it. However, the element itself can be modified to incorporate new components. Maybe the standard q&a session features questions collected pre-timeslot on the event app. Perhaps after the president's address, the audience plays a game show to review key content and goal points. Perhaps the speechwriter works with the president to incorporate multimedia components. There are a lot of ways to make a stale element seem fresher by playing off the element itself.

Change/modify elements you want to keep: We had been producing an annual game show for a company for years. It was extremely popular and the company wanted to keep doing it...but it was also years-old. They didn't want to get rid of the game, but they wanted it to be different enough to be distinctive from other years. What we ended up doing was radically changing the way the game was played. We added team captains, physical challenges, and a random-raffle element to freshen up what was traditional (but that needed an update).

Slowly incorporating new elements: Maybe this year is the year of the event app; but that doesn't mean that all paper agendas should go away, for instance. While complete adoption can force participation, sometimes the learning curve is just too steep to make an element effective at an event. When this happens, it's hard to see whether an event element is truly unsuccessful, or if was just executed in a non-ideal way.

Isolate new event components: Along those lines; you may want to isolate the new components of an event so that they are independent of the other components. When one thing doesn't work ideally, the whole system doesn't shut down.